The hydrogen heating future is calling, and we’re listening. Hydrogen is an important part of a clean energy future because it can be used to effectively store renewable electricity, supporting flexibility across the grid, as well as creating clean liquid fuels for use in transport and heating. Using Hydrogen allows the decarbonisation of the existing gas grid where practicable through converting existing assets to carry hydrogen.

In Europe BAXI, as part of the BDR Thermea group are at the forefront of a hydrogen heating future. Indeed BAXI globally are researching a mix of different technologies which combined at scale will address the challenge of providing an alternative to fossil fuel heating. The UK case study is a good example of where Australia will go, and as the BAXI distributor in Australia HydroHeat welcome the opportunity to lead Australia in ushering in a new era of sustainable heating.

In the UK currently 85% of homes (around 23 million) and about 705,000 homes in Ireland rely on the natural gas grid for heating. Repurposing the gas grid to transport clean hydrogen offers a low disruption option towards decarbonising the existing building stock. The beauty of Hydrogen is that it is an energy carrier which can be created at volume. Both blue and green hydrogen offer zero carbon heat at the point of use.

Hydrogen has an exciting role in the future of heat because:

Natural gas with blend of 20% Hydrogen:

Until the gas network and domestic boilers are ready to be converted to 100% hydrogen, a blend of 20% hydrogen into the natural gas mix used today would substantially reduce carbon emissions. In fact, using a blend of natural gas and 20% hydrogen across the UK could save six million tonnes of carbon dioxide a year, equivalent to taking 2.5 million combustion engine cars off the road.

In the UK Baxi is involved with the HyDeploy project at Keele, in which existing BAXI gas boilers have been running on a blend that includes up to 20% of hydrogen by volume for over 2 years now. The extensive field trial has demonstrated the safe and effective use of blended hydrogen with current natural gas fired appliances. The HyDeploy project has paved the way for larger scale deployment, with the next phases delivering a blended gas to over 2m properties in the North East and North West of the UK. BAXI has already achieved independent certification in Europe for a range of gas boilers to run on a 20% hydrogen blend, the certification for the Australian gas boiler range is to be announced shortly.

Locally in Australia, BAXI are working with Deakin University on the 'HYCEL' project. The Hycel project is located at Deakin's Warrnambool campus in Victoria, and is one of Australia’s first facilities for safely testing, manufacturing, optimising and training in new hydrogen technologies. Hycel is focused on technologies that use hydrogen rather than the processes that produce it.

Hycel Technology Hub is a ‘living laboratory’ creating real-world solutions. Hycel’s Establishment phase was supported by $2 million in Commonwealth Government funding, with the Technology phase supported by $9 million in Victorian Government funding. The ‘W' building at the Warrnambool campus, which is currently fitted with NG DHW and hydronic heating, is to be converted to 100% Hydrogen sourced heating. The aim is to safely demonstrate how existing infrastructure can utilise 100% hydrogen instead of natural gas. HydroHeat Supplies are providing the heating boilers for the implementation of the Hycel project.

The growth of the Hydrogen industry in Australia also requires the development or modification of industry standards and product testing approvals in relation to 100% hydrogen and Hydrogen / NG blends. In line with this, Hydroheat Supplies is committed to supporting this development with our partner regulators and the industry in general. Should you have any questions on this specific issue, the team at Hydroheat are ready to help with answers.

This email address is being protected from spambots. You need JavaScript enabled to view it. 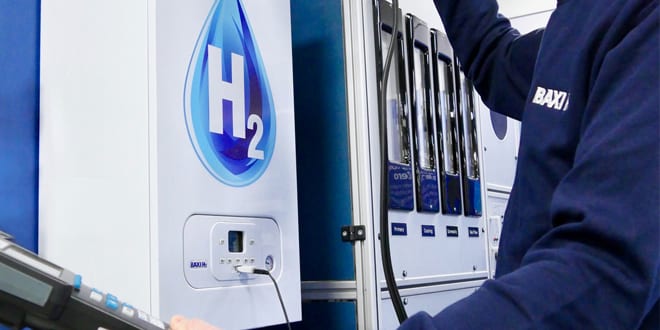 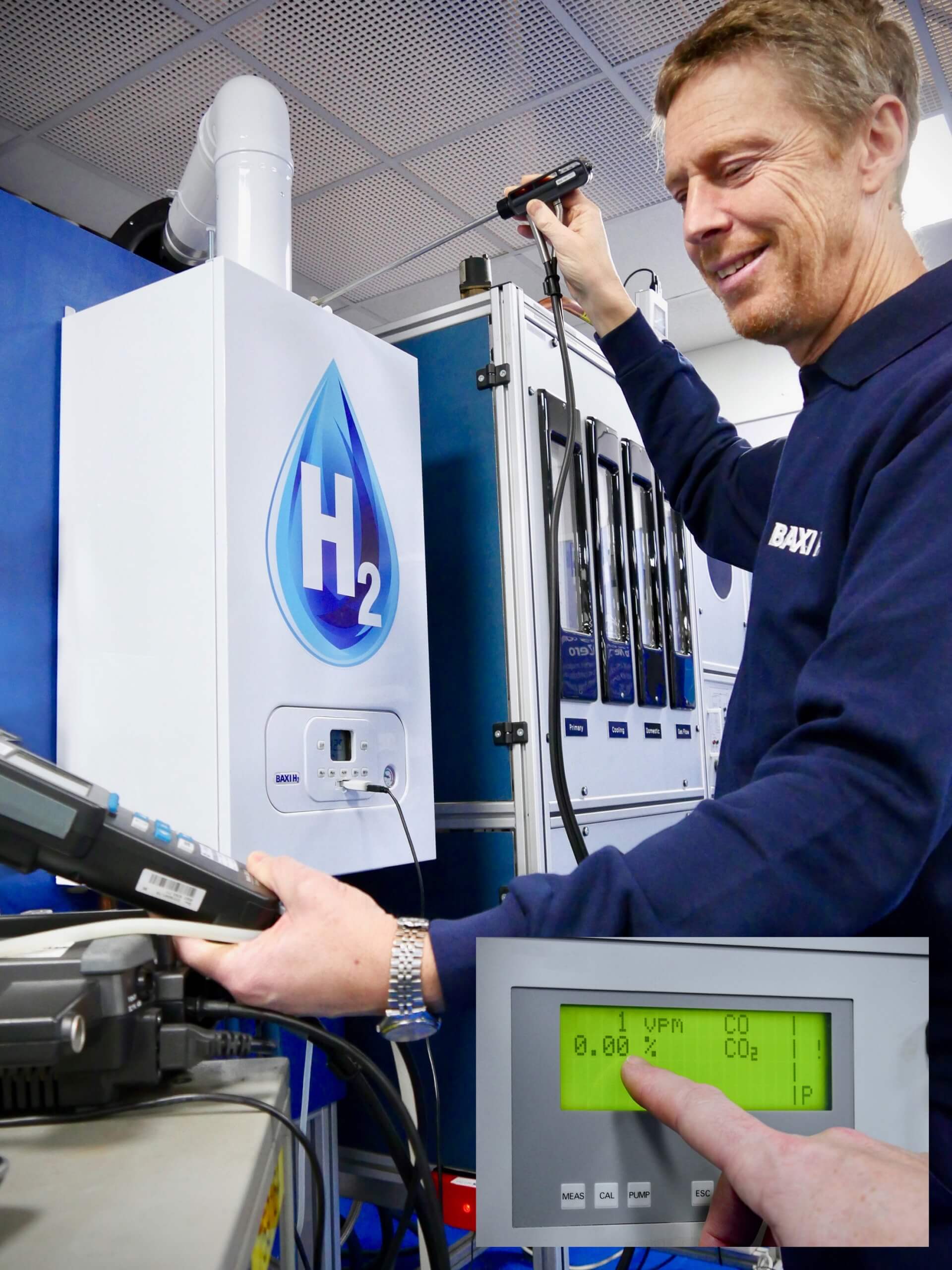 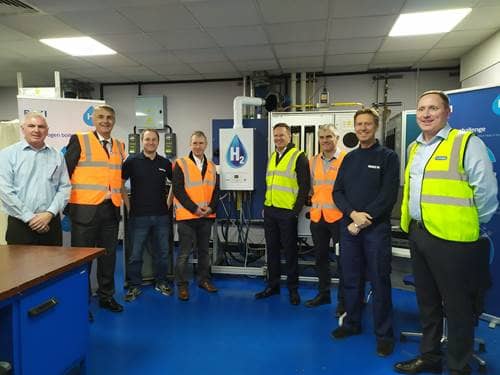 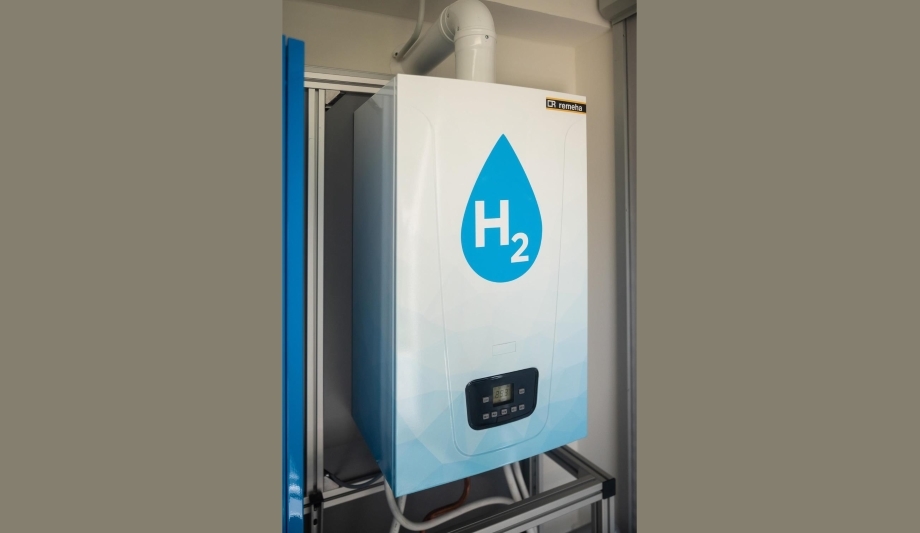 6 Helen Kob Drive Braeside, Victoria, 3195 Australia
Phone: (+613) 9588 1299
Email: This email address is being protected from spambots. You need JavaScript enabled to view it.